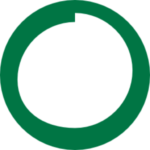 Stevil Kinevil: My old friend Bill Lindsey used to be fond of saying “bikes are like friends. You can’t have too many nice ones.” When Cedar Cycling approached me to write about my favorite bike, and why I chose the specific parts that are on it, I was hard pressed. Not only do I have a broad collection of pretty damn nice bikes, each one has been built by a tremendously nice person who is positively dripping with skill. Perhaps like a mechanic and their selection of tools, each one holds a special place, and has a specific purpose.

An impossible task to pick a favorite, I instead opted to cover four, and in as few words as possible will describe specific details that are especially special to me, which if I don’t miss my guess, shouldn’t matter to you in the least.

My Hunter twentyninering mountain bikecycle was a 40th birthday present to myself, the order for which I placed when I was 38. In the two years I waited and paid in drips and drabs by doing whatever random tasks Rick requested, I began amassing parts, based on what was least expensive as possible. Come to think of it, there’s a similar thread through all of my bikes. All of my component selections are based on what happened to make themselves available to me at the time.

Like for example, my Sycip road bike, built for me by Mo Rebolledo with an Ibis tube set. Around the time Ibis closed their Sebastopol factory, Scot Nicol traded me the tube set for a painting. I sat on the tubing for a few years, until one evening Mo asked me if I wanted to trade him a painting for a Fiat. “No” I said. “But I’ll trade it for a frame”, the rest being history. In light of this, I’ve taken to calling it a ‘Ibolledip’. Again, the selection of components are whatever I could get my hands on through the art of begging, borrowing, and stealing.

The one frame that I actually paid full pop for (no room in the Bartertown Inn on this particular one) was the one speed cross bike built for me by Circle A Cycles. I had long admired their work, as well as their ethics. It wasn’t until I retired a Retrotec cross bike of the same design that I had a selection of well worn parts to dress it up with. My favorite being the tied and soldered wheel set built for me by the legendary Phil Woosley on a set of Campy track hubs, which again I believe I bought at cost while employed at some long forgotten bike shop job with what assuredly was a half of a pay check. Naturally, I opted to include some Caramba Double Barrel cranks, which have long been my favorite one speed cranks of all time, based on history, performance, and over all cool factor. Rounding out the build was a Hunter fork, that the kids at Circle A painted to match.

The last bike I’ll discuss is my Ventana El Toro Bravo. After racing along side of Robert Ives who is the company’s Chief Derelict, as well as the proprietor of Blue Collar Bicycles for sixteen years, when the chance to get back on a Ventana presented itself, I jumped at it. They were after all, the first major manufacturer to have a one speed frame available, predating the Bianchi line by several years. There is a legacy there, and one that is purely Northern Californiacentric. My favorite component on this bike is the White Industries freewheel, which I liberated from Gene Oberpriller’s bike after he left it in my possession for two years at the conclusion of the 2008 SSWC.

The single constant on these as well as all of my others are King headsets and King cages. “Don’t be a joker- buy King”. Or something like that.

I’ve been asked repeatedly what bike I would choose if I had to pick one, which is an impossibly unanswerable question. They all are my favorite, and as I said, all serve a distinctly different and specific purpose.

Certainly if I had my way, I would do each of my bikes justice by giving them Dura-Ace this, and XTR that, but given the fact that for nearly two decades, I‘ve whored myself out to the nth degree to get what I have, I don’t think I’m doing too badly for myself. For that matter, I wouldn’t have it any other way.

So there. Saying Stevil is a fan of cycling is a bigger understatement than saying the National Debt is sorta high. For more words of wisdom and to stay up-to-date on all the bike news and general information you ever really need, be sure to bookmark All Hail the Black Market and read it often.

Thank you, Mr. Kinevil, for chatting with us. Appreciate it greatly.